The top food trend of 2022, according to Tik Tok, was Cloud Bread. With 3.4 billion views this “bread alternative” sounds gross, especially if you are a fan of real bread. Which we most undoubtedly are. 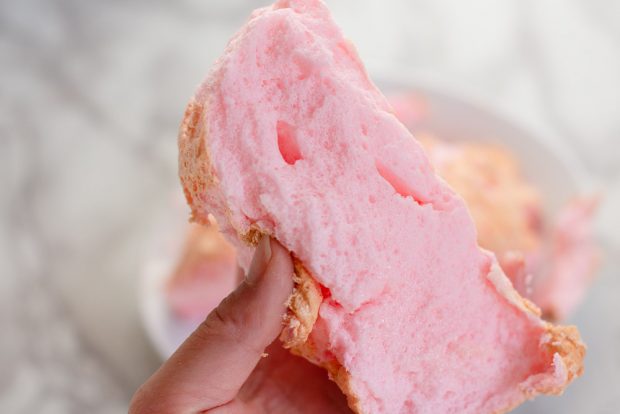 Cloud Bread by Sea of Blush, who admits it isn’t very good

That’s one trend we won’t mind saying goodbye to. Other trends in the TikTok Top 10 include Birria Tacos, at number 6 with 922.2 million views – these are fantastic, we highly recommend Fonda Balam on Dundas. Operated by a Mexican-Quebecois couple in partnership with Matty Matheson, and a recent recipient of a Bib Gourmand from Michelin and one of the country’s top ten new restaurants according to enRoute, these are the best birria tacos you’ll find in the city. 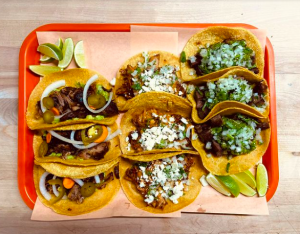 A few boards made the list – charcuterie (1.2 billion), butter (358.4 million) and nacho? Nacho Tables (415.1 million) to be exact. Covering your kitchen table in tinfoil and dumping nacho toppings all over it sounds like a blast! And who doesn’t love a board of various butters? Obviously charcuterie boards are a no brainer and should be part of everyone’s repertoire.

As far as desserts, cinnamon rolls (597 million) and mug cake (1 billion) made the top ten. 1 billion people watched Tik Tok videos about mug cake?! Who are we? 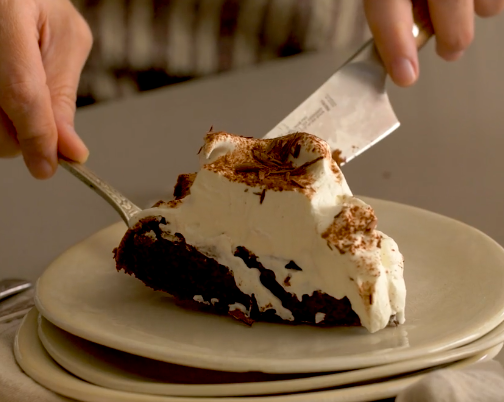 Cloud Cake is a gift from the gods, by way of renowned chef and food writer Richard Sax.

It is the end of another strange and beautiful year. This was a tough one. Every year has been particularly tough since 2019 to be sure, but 2022 has been a doozy. Recapping the trends of Tik Tok left us uninterested in making any of the popular recipes, but it did inspire a google search for Cloud Cake. Not to be confused with Cloud Bread, cloud cake is actually what would happen if a Flourless Chocolate Cake and Pavlova had a baby.

“a poufy soufflé of a cake that intentionally caves in the center, leaving a craggy, wafer-like rim behind and a moussey hollow that you fill up with cold whipped cream. The effect is dramatic and bold.” – Food52

At Fiesta Farms we don’t care too much about trends, we care about good food. Let’s close out the year with this incredible recipe for Cloud Cake courtesy of Richard Sax and Food52. Richard Sax passed away in 1995, you can read his New York Times obit here, but his legacy lives on in this beautiful confectionary creation.

Tik Tok views and algorithms be damned! Though it might hail from the 90’s, to our minds this is the best recipe of 2022.